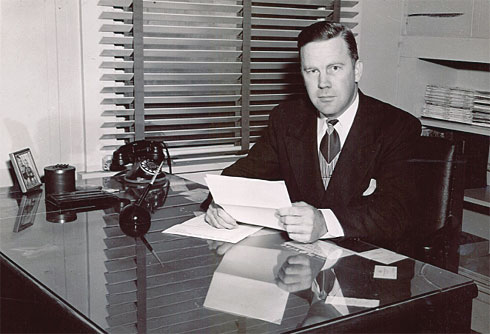 WELSCO, Inc. was founded as Welder's Supply Company in 1941 by R.G. Harrison (with the backing of his father, Claude G. Harrison) after he returned to Arkansas after serving our country in World War II.  The first retail location was opened in Little Rock, Arkansas.  Ultimately, R.G. Harrison turned the leadership of the company over to his sons, Stephen E. and Richard G. Harrison, which continued through the 1970s and 1980s.

Today, the Company proudly remains family-owned and led by Angela E. Harrison, the Granddaughter of R.G. Harrison, as its Owner and Chief Executive Officer.  Now, approaching our 80th year, WELSCO, Inc. has 16 locations, including 14 retail stores throughout Arkansas and in Tulsa, Oklahoma.  In fact, WELSCO, Inc. is now the largest independent welding supply and industrial gas distributor in the world, which is woman-owned and operated.

With a strong TEAM of experienced professionals and a particular focus on Customer Service, WELSCO, Inc. is poised to continue its growth and expansion into new markets both now and in future generations.

The original Acetylene Plant at Welder's Supply Company, along with the fleet of delivery trucks.

Pictured above are two of the Welder's Supply Company cylinder trucks making deliveries. 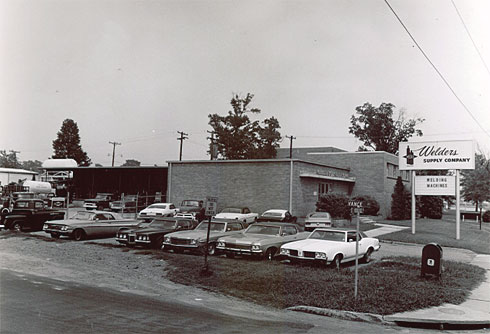 The showroom display of the Little Rock store on Roosevelt Road for its grand opening in 1958. 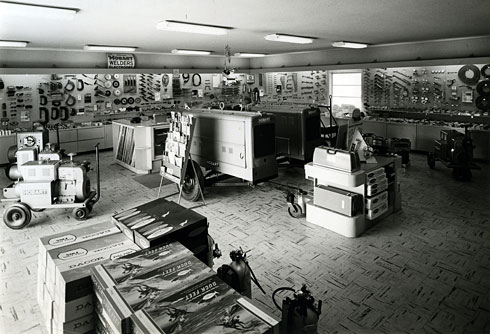 Another look at the showroom floor from the 1958 grand opening.

A show booth from the original Welder's Supply Company. 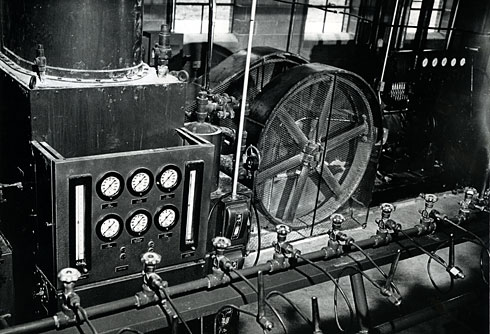 Our first Oxygen pump which was used to pump Oxygen cylinders. 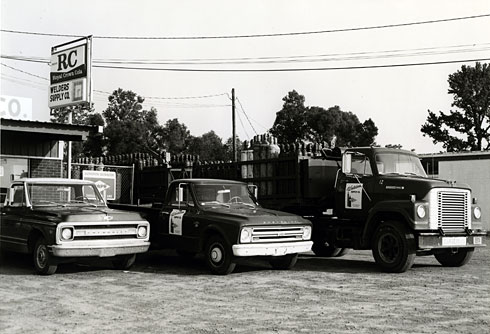 The loading dock at 800 E. Roosevelt with some of the delivery trucks.

Inside the Little Rock Repair Center of Welder's Supply Company. 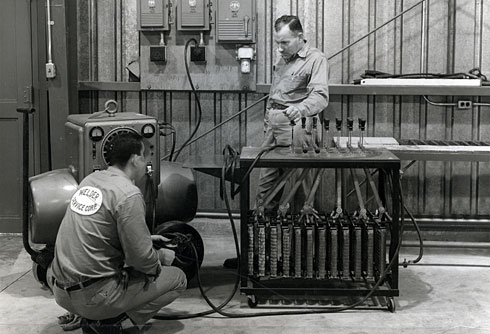 Jack Jackson and Ken Staggs identying the source of the problem that needs to be fixed.

Jack Jackson and Ken Staggs busy at work in the original Repair Center. 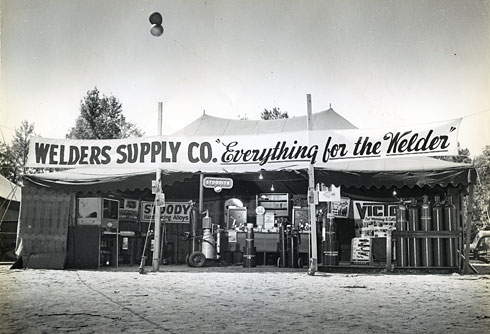 A tent displaying various welding products at an Open House in 1958. 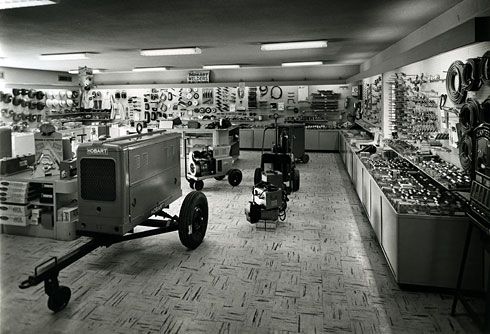 Another wide angle view of the showroom floor before the grand opening. 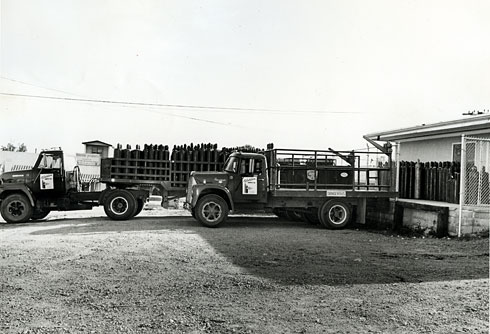 The dock at the Malvern, Arkansas, which was our first branch store outside of Little Rock.